Uber(ising) solar energy: It can be done, students show

A team of students from Strathmore University in Nairobi, Kenya on Thursday walked off as winners with R20 000 in prize money for an innovative concept to provide equitable energy access to remote villages based on, among others, “Uber(ising) solar energy.”

The team was one of four university teams participating in the African Utility Week and POWERGEN Africa conference and exhibition’s first ever Initiate! Impact Challenge. The 19th edition of the event gathered thousands of power, water and gas industry experts in Cape Town this week and ended on Thursday.

Student teams from Stellenbosch University, the University of Cape Town and the University of the Witwatersrand also took part in the three-day challenge supported by the Enel Foundation, the Innovation Hub, Lesedi Nuclear Services and the Russian Nuclear Agency Rosatom. The Initiate! Challenge aimed to create a platform for students and start-ups to drive innovation and share ideas for the energy sector.

The Strathmore University team included engineering students Ignatius Maranga, Raymond Kiyegga, Fredrick Amariati and Alex Osunga. One member of the team will also have the exclusive opportunity to join the 5th annual student fact-finding mission to Russia to visit several state-of-the-art nuclear facilities and dedicated Russian nuclear universities. Maranga said the team is happy and humbled especially because they competed against some of the top universities on the continent. He said the team’s winning idea is rooted in real life challenges that Kenyans in rural areas face. “The solutions offered so far to expand energy access are not solving these problems as many are not financially viable.”

The team’s idea is to put a solar panelled container in rural villages that will also house a clinic and a knowledge hub like a school for vocational training to teach people about the use and benefits of solar energy. It will also include a shop where villagers can buy daily essentials like milk. “The school will help with capacity building as villagers will see and learn benefits of electricity and as the business grows, they will want to have electricity in their homes and when that point comes, we will have solar powered tricycles,” Maranga explained. “These tricycles will carry and deliver batteries like Uber does passengers to villagers in more remote areas. The system is modular so we will add another container to charge batteries. These batteries are ferried on trikes, so villagers in more remote areas can request a number of charged batteries on their phone.”

Maranga explained that it is common cause that Africa is big, and many people live in remote rural villages. “So, it is not always possible to extend the power grid to these areas as it is very expensive. So, what do we do instead? Most people own a cell phone, and everyone needs electricity, so you take it to them. They cannot exactly carry a battery for two kilometres so why then not Uber a battery?” Maranga said their company Kijiji, (Swahili for village) will now look at commercialising their idea, optimise it and do market tests. “If accepted we want to roll it out depending on funding.”

The team’s idea appealed to the judges because it was a simple idea that is easy to replicate beyond Kenya to the rest of the continent. Chief executive officer of Rosatom Central and Southern Africa Dmitry Shornikov noted: “We are very pleased with the solutions presented by the students. The maturity and depth of their research gives us great hope and proves that young Africans really are devoted to solving Africa’s energy challenges.” Business Development executive at Lesedi Nuclear Services Shane Pereira in an earlier interview said the company partnered with Initiate! because it is dedicated to the youth that will be the leaders of tomorrow. “The growth and development as well as training, coaching and mentoring of the youth is critical to the success of our future economy.”

The ideas of the other three teams focused more on mitigating the risk of climate change and came up with ideas ranging from vertical farms to energy boxes. 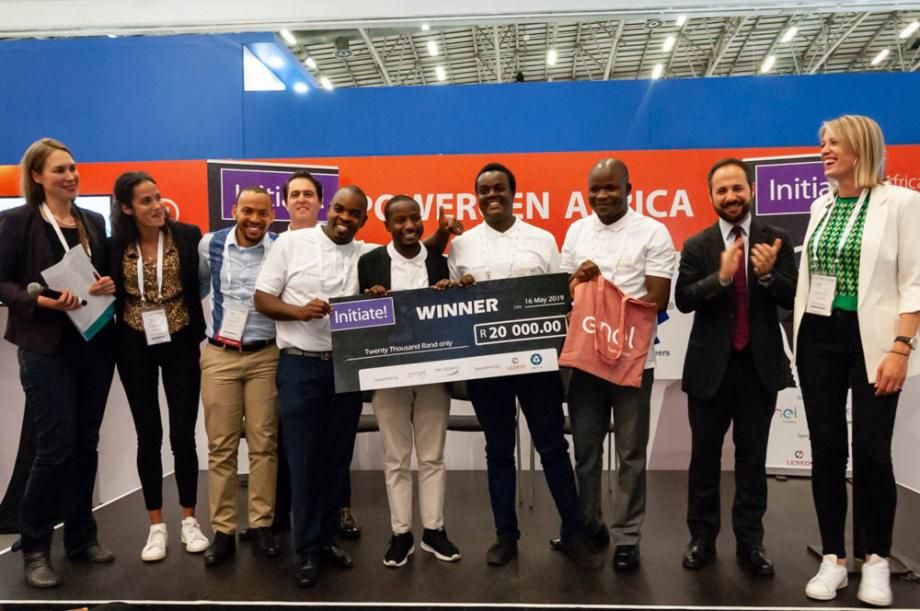